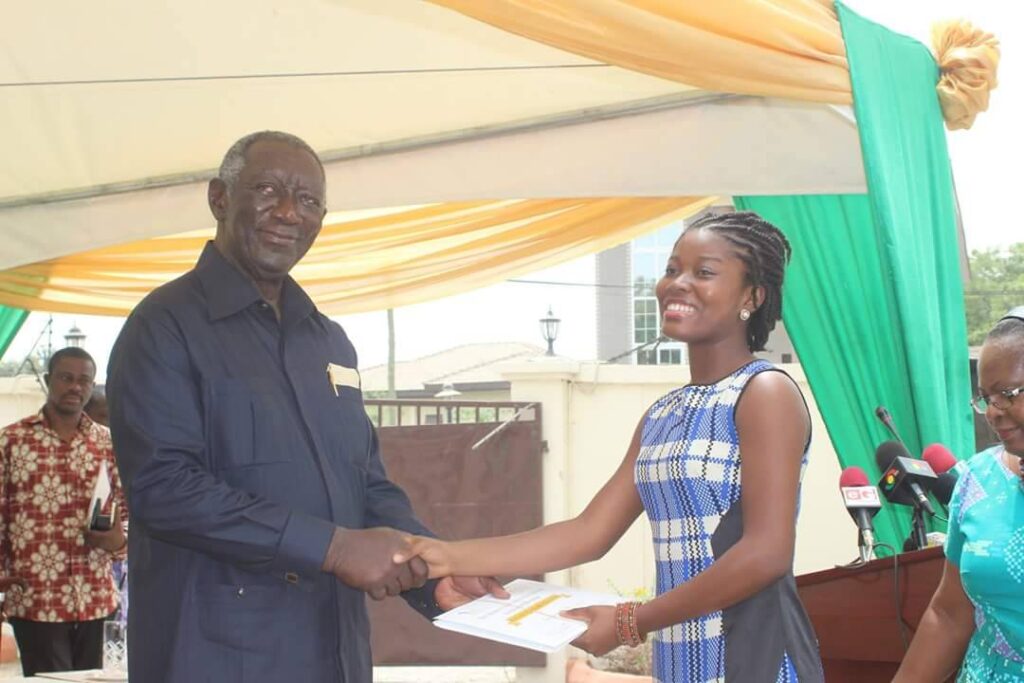 She is an Assistant Budget Analyst at the Ministry of Finance under the Emerging Public Leaders Fellowship Program. Currently, Esther is enrolled at the Legon Centre for International Relations and Diplomacy (LECIAD), where she is studying for a Masters of Arts degree in International Affairs. 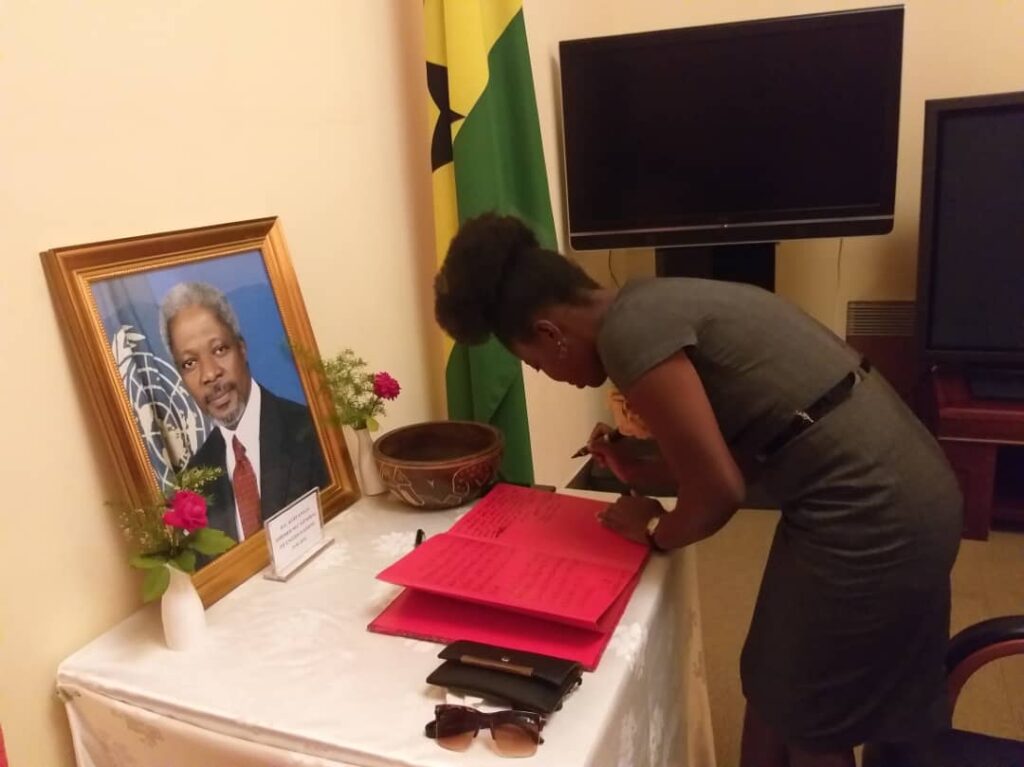 As a scholar, Esther was noted for her affable personality, insatiable desire for learning, and her ability to ask intelligent questions. Her intellectual curiosity won her the admiration of both peers and staff of the John A. Kufuor Foundation. She was one of two scholars selected to participate in the Bai Xian Asian Institute’s (BXAI) Summer Program in 2018 hosted by the Peking University in Beijing, China. 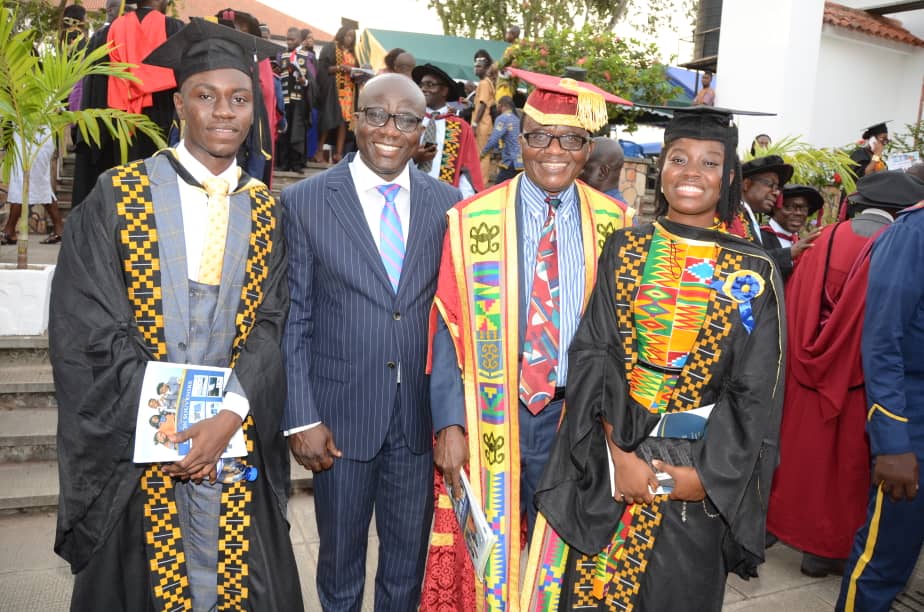 Esther’s participation in the Kufuor Scholar’s Program gave her the platform to interact with corporate leaders who found her penchant for learning infectious and thus granted her the opportunity to intern at their reputable organisations, even as a student. Specifically, she interned with LeadAfrique International where she aided in the organisation of the 2nd Roundtable discussion of the Ghana Good Corporate Governance Initiative, an anti-corruption advocacy campaign. She was also a research assistant for the publication of the Parliamentary Diary – Ghana in 2017. 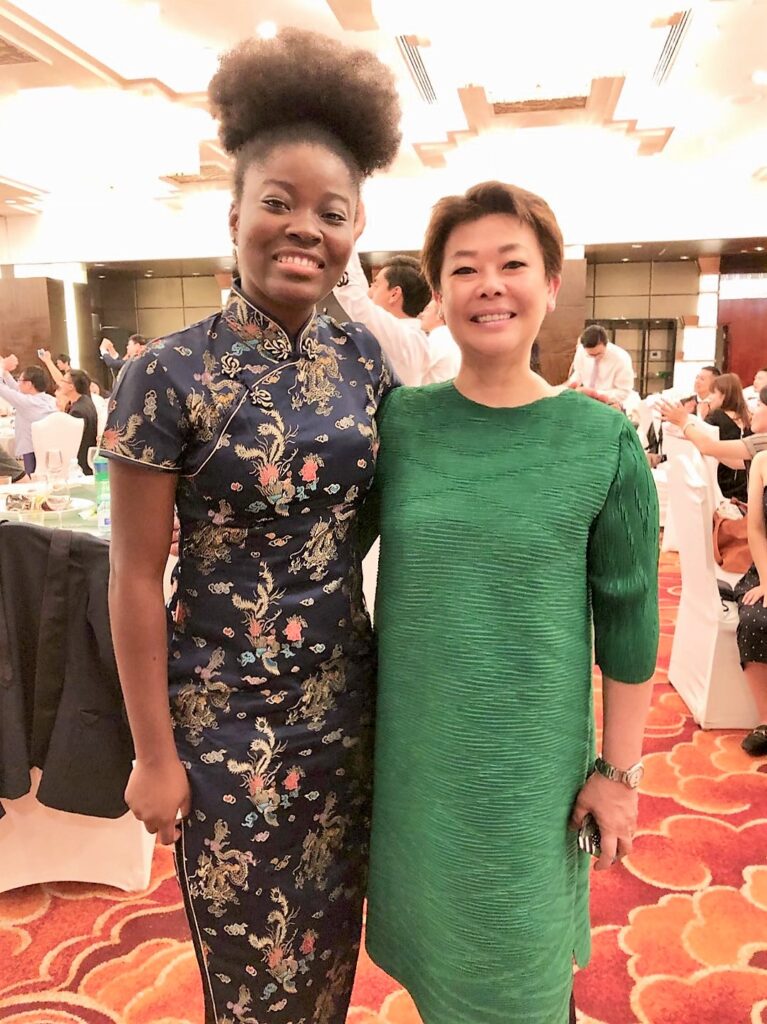 Again, she served as a member of the communications team of the Advocacy for Biodiversity Offsetting in Ghana (ABOG) for three years. These experiences were useful in helping Esther acquire the relevant professional skills needed in the world of work. 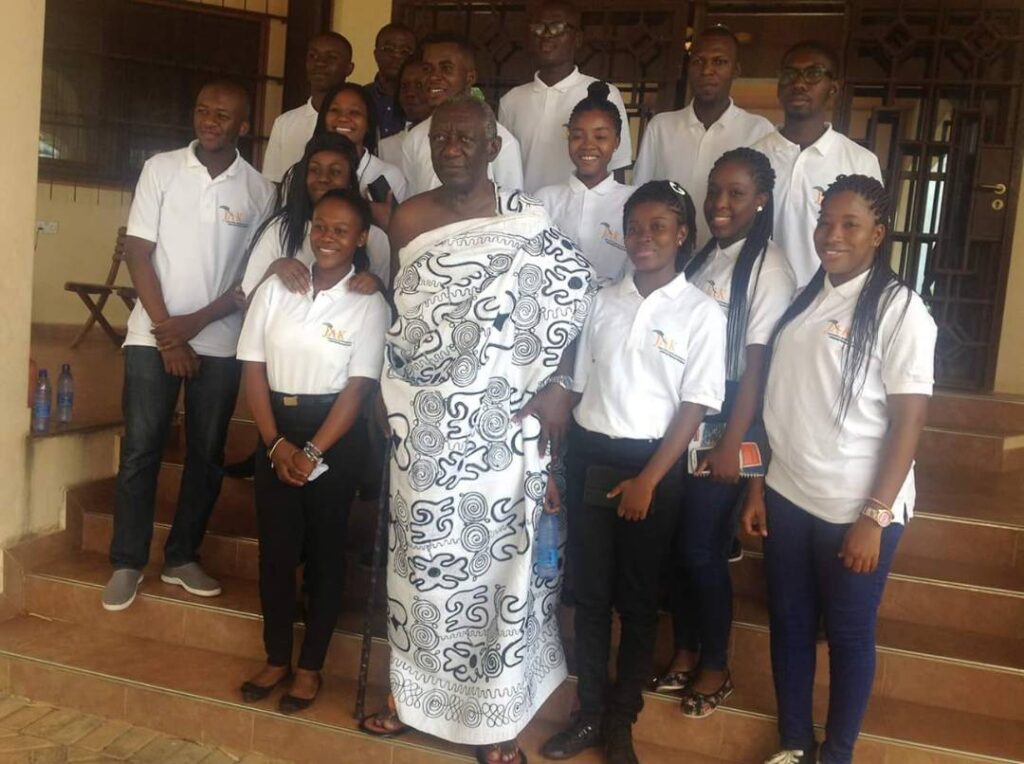 As an undergraduate student, Emmanuella was a debater, a member of the American Corner’s reading club, and a political science student representative of the general assembly on the Accra City Campus. 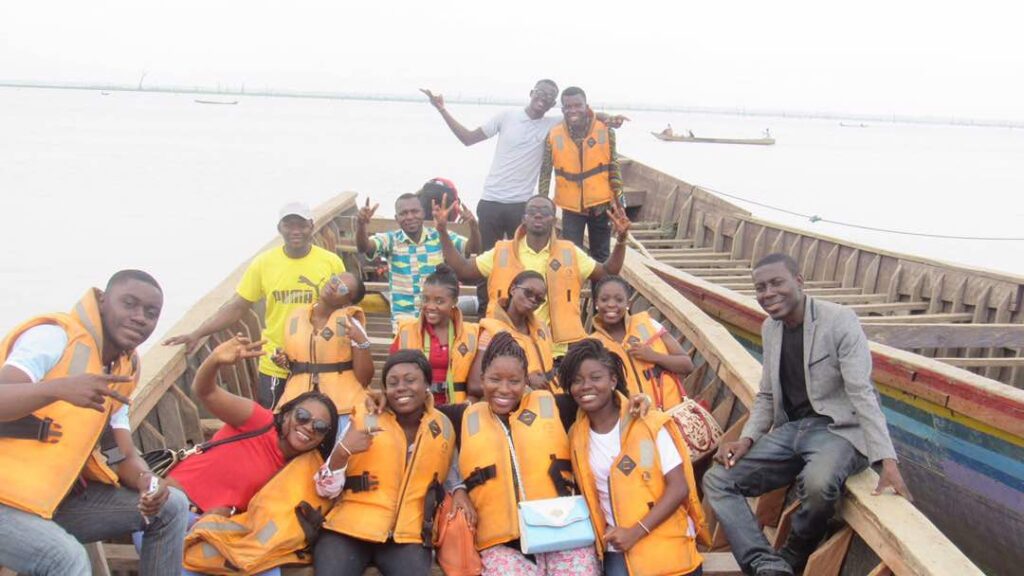 Esther is the sixth of her parent’s seven children. She was born in Cape Coast in the Central Region of Ghana. Growing up, Esther’s interests have been in governance and leadership, sustainable development and community service. She has always been passionate in her submissions on national issues because she believes that the government has a great responsibility to the people to reduce inequalities and improve lives. At one of the Kufuor Scholars Program (KSP) leadership training events, Esther resolved to be a lady president of the Republic of Ghana in future.

This aspiration motivated her upon graduation from KSP to apply for the Emerging Public Leaders (EPL) Fellowship Program which offered her a career in the civil service. She hopes to use the opportunity to learn more about how government works. In 2019, Emmanuella was selected as one of the first recipients of the EPL Founder’s Award, a reward in recognition of her exceptional contributions to the program’s development. Later in 2020, she was again nominated to participate in the annual Mo Ibrahim Governance Weekend in Addis Ababa, Ethiopia. 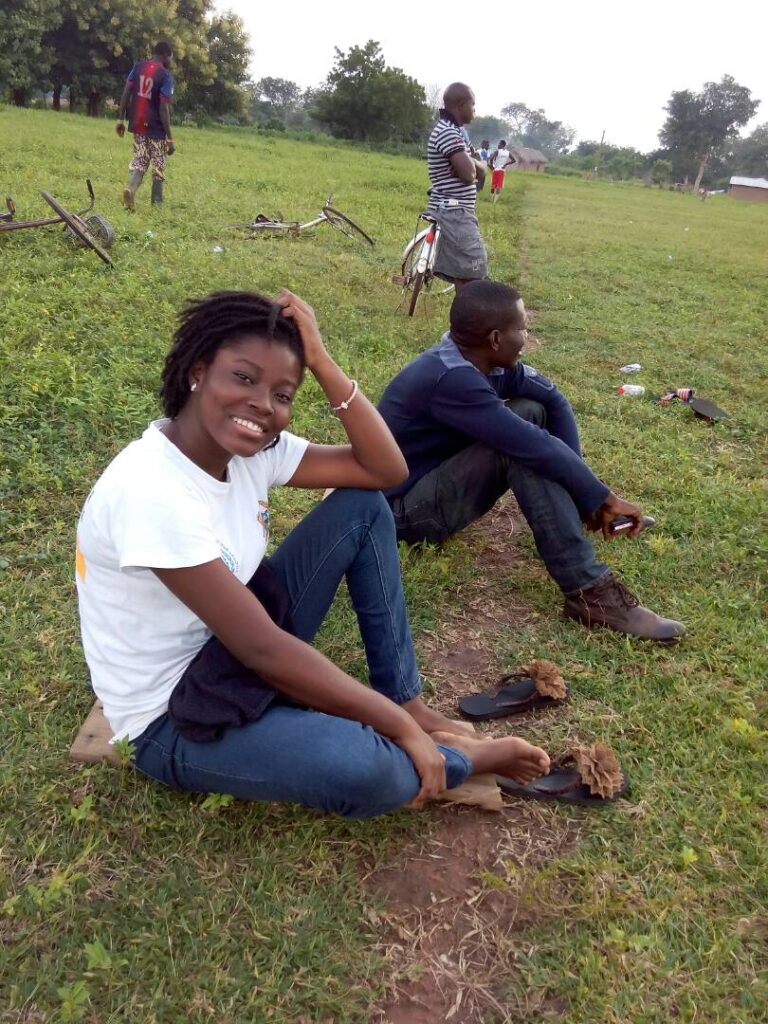 Emmanuella has fond memories of her time as a participant of the Kufour Scholars Program. She had her first TV appearance as a panelist on a youth and governance show as a scholar. She is also grateful to have had the opportunity of joining likeminded fellows with whom a lasting bond of friendship has been formed. This network, she believes, would be relevant in the efforts to make Ghana and Africa a better place. Similarly, she benefitted immensely from the mentorship program and the annual summer camps of KSP. 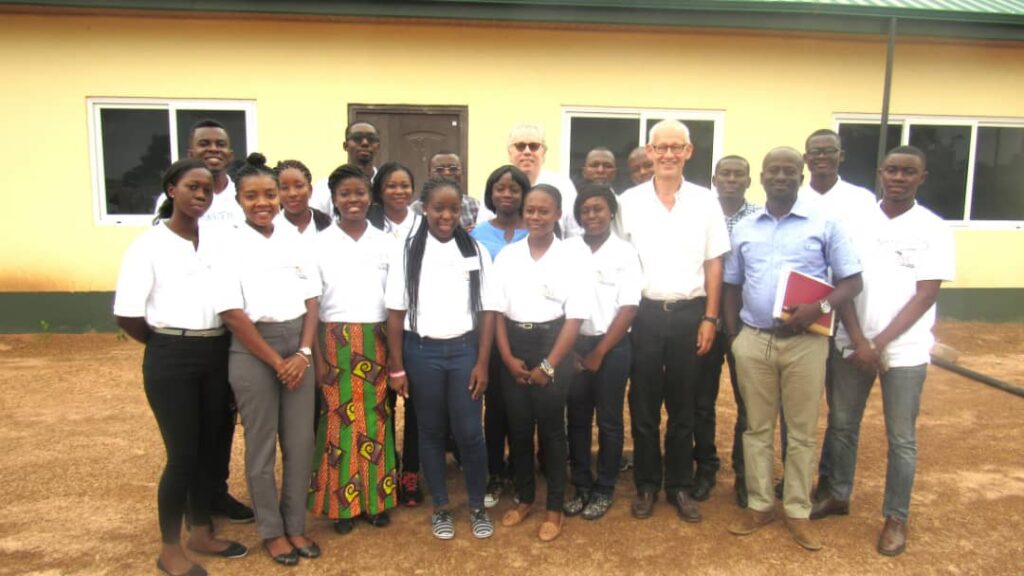 Esther recounts former President John Agyekum Kufuor opening his home in Kumasi to all scholars when they were on their way to Atebubu for a community immersion camp. It was on this trip that Esther learned that life was not all about Accra. Away from the glitz and glamour of the country’s capital, there existed an uneven distribution of the national cake. This profound lesson deepened her passion for a career in the public service to assist in the delivery of goods and services for all Ghanaians. 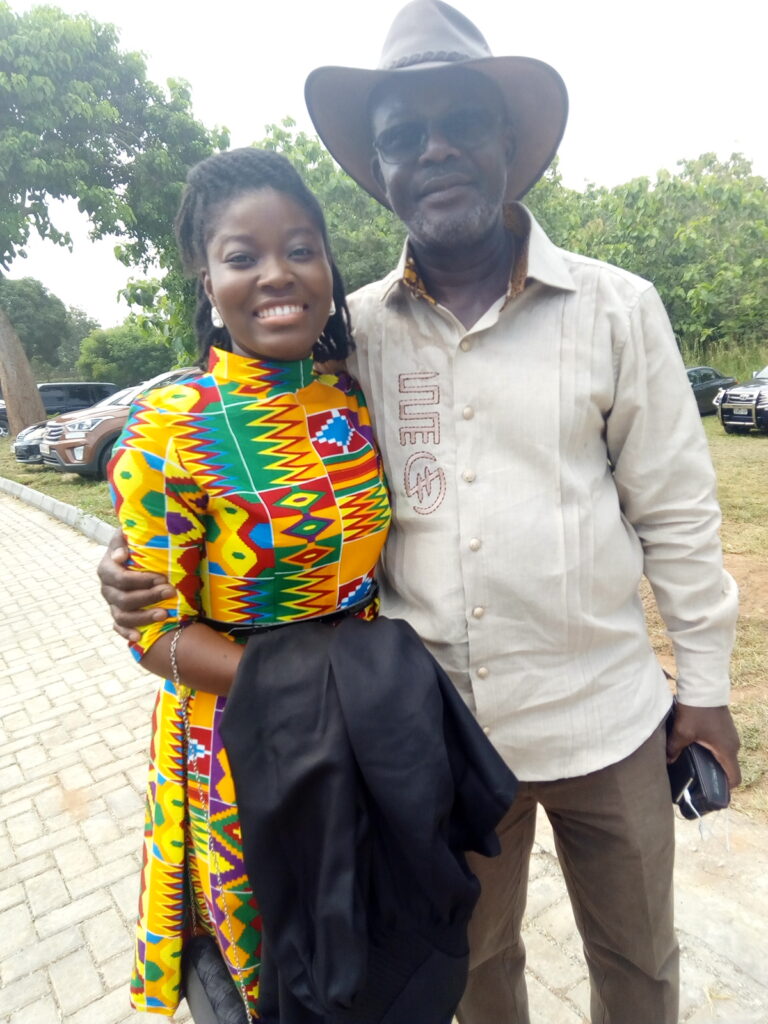 More so, as a Kufuor Scholar who had been taught the importance of giving back to one’s community, Spio initiated the “Ace-ing Kidz Community Project” in her third year at the university for the children of squatters in her neighbourhood. The rationale for this project was to help the children of squatters take their education seriously and aspire to greater academic laurels. The project presently has twenty-eight children as beneficiaries of its activities. Esther hopes to expand the project to cover squatter settlements across the country to ensure that children of squatters get the opportunity to break the cycle of destitution through access to quality education. According to Esther, “these children may not have had control over the circumstances of their birth as underprivileged children, but through the enlightenment of education, I am optimistic that they will chart a better path to their futures, and contribute to national development.” 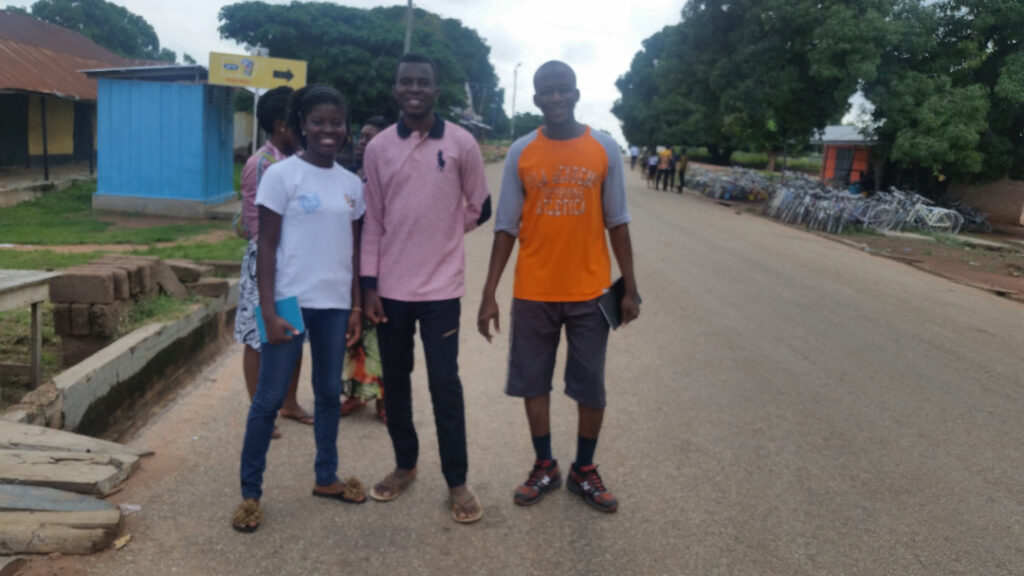 “KSP gave me the platform to dream big and to develop strategies towards the attainment of my dreams. The John A. Kufuor Foundation believed I had potential and offered the springboard to launch me onto greater heights. I am better positioned now to compete with peers across the globe in making the world a better place. Many thanks to the former President for this great initiative,” Esther added.